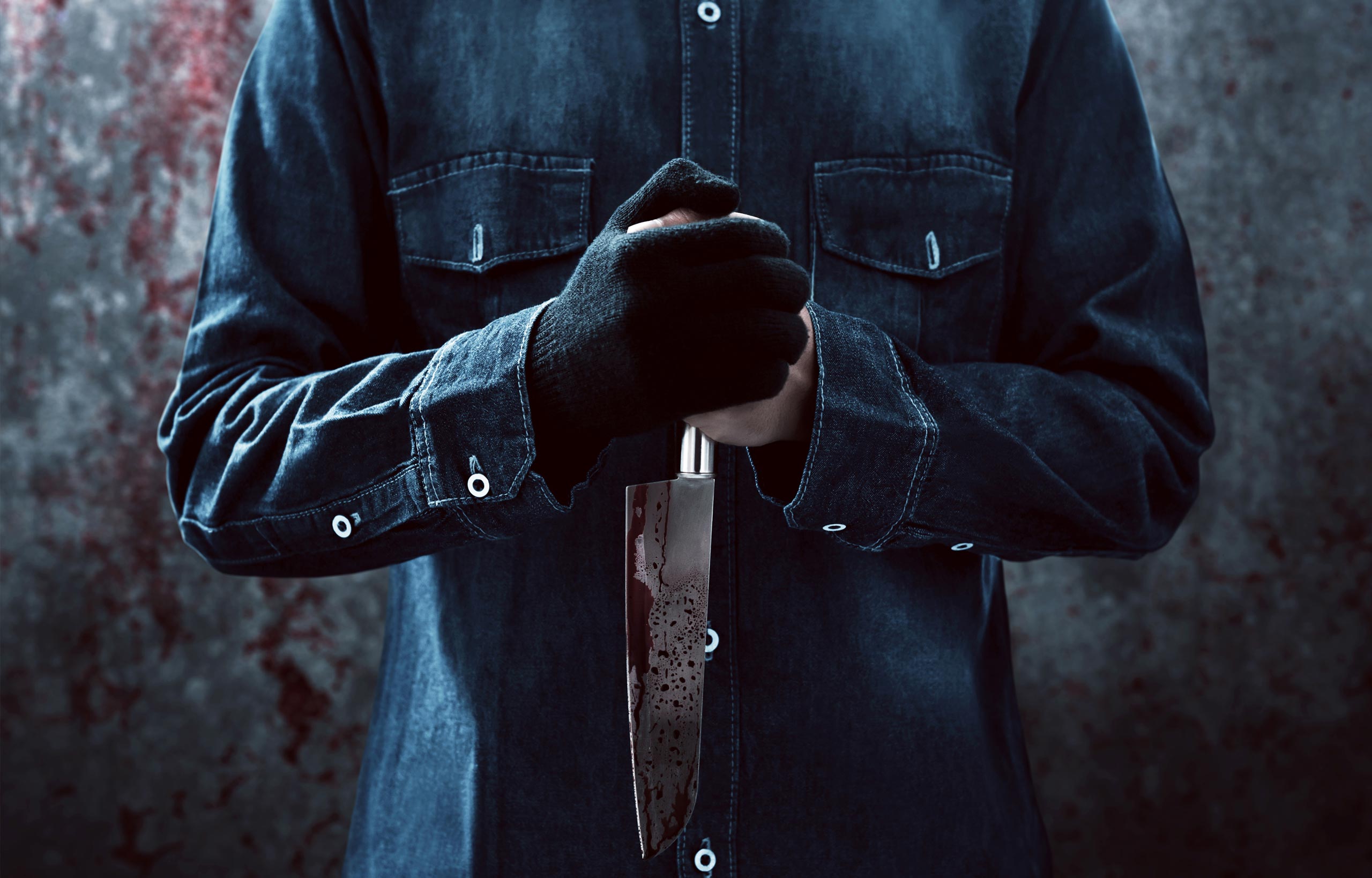 London businessman, Louca Kousoulou, is ready to lead the charge to end knife and youth crime in the UK. Simply by using the funds already apportioned to tackle rising knife crime, he has conceived a get out of this major country-wide problem that continues to spiral out of control.

Louca Kousoulou believes from his own experiences that belonging in a group or in a society is the answer to happiness within any child, no matter what other problems kids face. And not belonging is the main factor to creating anger and leading to the number of deaths we have amongst the youth today.

What drives his desire to fight for the youth and the kids of today – for tomorrow – comes from a very personal place. As a child, Louca was subjected to fear so great because he was different and never belonged in a society where they would accept him. Born in Wales to Greek parents who relocated from Cyprus, he was brought up mainly in Islington and later, in his teens, in Tottenham. He found himself lost in a world he did not understand and never felt any belonging to, from the age of four. He had no guidance or support to face the biggest fear he has ever faced. Not only did he fight many physical battles, but struggled with mental torture every day, the sort that spins your head with pain and fear, and lets you lose your focus on life.

Here we are in 2020, and now Louca feels and sees the pain today’s youth have to go through. The situation across the country has escalated beyond comprehension and is out of control. We have the highest rate of suicide amongst our youth recorded this year and now mental health is actually infiltrating the young – and we are all allowing it to happen to our kids. It can’t get worse. There is an all-time high of an estimated 30,000 – 50,000 10 -15-year olds in gangs and this is growing everyday thanks to the decline we have created. But nobody wants more arrests, courts and prison sentences.

“We are and have been the 5th richest and proudest country in the world, for the last 20 years of   decline. But the answer was always there to be seen. It’s crazy. We must connect before it is too late, truly unite, and stop this today,” says Mr Kousoulou.

Louca Kousoulou has been self-employed since he was 23. With focus and determination, he got a small grant from The Prince’s Trust and became a successful businessman in the fashion industry, with retail outlets in the East End of London, before becoming a property developer. He knew that he needed to fight back like he did when he was a child, but now there’s a new world of knives and youth mental health at an all-time high – and this is decline happening before our eyes. He will not accept that it is out of control, but very fixable.

“If you care enough, you will feel that pain and feel the desperate need to help.”

But worst of all, we have created a bad and numb mentality, with the younger generation losing feelings for other. Should that happen in a proud and rich country like ours? Have we created  monsters? No. Or is it our society that is failing them? It’s our responsibility to reverse that today.

For 20 years, we have seen money wasted by the government trying to fight a rising epidemic, while all the time our positive world has become increasingly negative. And meanwhile, resources and spending on our young people have been cut, leaving them bored on street corners with nothing to do and nowhere to go, with no  guidance, no structure, no focus and no sense of belonging.

Louca founded True Hearts Unite Against Knife Crime to begin the movement to show that the problem is reversible and fixable. We need to stop it at its source and then turn the negative world we have created into a positive one. Youth unemployment has been the root of the problem for the last 20 years but the cause is transparent with so many billions of pounds wasted. If we provide 16-year-olds with an alternative to unemployment, we can stop the decline by changing youth mentality. We will be leaving many problems behind right now, utilising our strengths and bringing them together under one umbrella organisation with a common aim. Add celebrity inclusion and endorsement, leading to sponsorship, and we can create an entity full of talent that this country will be proud of. And we can save billions of pounds going forward. This is the foundation to regrow our communities, re-establishing roots for the next generation with a common bond of growth for all backgrounds and all religions.

We have spiralled into a world of DECLINE, created by our money. Our government has fed our declining communities for the last 20 years, and we’ve seen a 54% increase in knife crime in the last 10 years alone. Mental health, knife crime and petty crime are at an all-time high. But more than that – it has created a negative mentality and we have invested money in escalating this rapid decline. This must stop today.

How do we stop this decline? Identify the weaknesses and stop them at source with tried and tested methods, logic and facts. Put  INVESTMENT into GROWTH. The next generation is the most important asset we have to stop decline in this country. We have more than 800,000 people on our streets today, unemployed or homeless, talent we can use right now. There is £3.7 billion to invest today, your money, taxpayers’ money, that is currently earmarked for fighting only one problem in London – knife crime. London and every other city is wasting your money on Stop and Search, the only prevention they have to offer. But this is a precious resource we can use now to help create positive growth.

Use it instead to utilise our strengths and connect all aspects of our society. Build our youth now, our communities, with mentors, charities, grassroots football run by the FA. Use the police and social services. Use media celebrities to support and create an educational TV programme aimed at the younger generation, presented by the youth, that will show the positive world we have created and will deal with all the issues they may now have, helping with mental health and wellbeing.

We can now connect a united people to fight our rapid decline. Just look at the rising levels of poverty today. One in five kids lives in poverty and is reliant on free school meals. There are an estimated 120 -160 homeless youths on our streets.

We now need to help our government unite with each other and all other political parties. We need transparency, to show facts and use logic – with some investment, show them that tried and tested methods of helping and reuniting is the route they need to take. Instead of fighting amongst themselves, start fighting the problems our youths face by investing the money that up until now has been wasted. This is how to create a positive world of hope and excitement.

How can we help our youth?

Build a state-of-the-art alternative educational system, exposing natural talent through music, dance, theatre, sports and art. Offering opportunities and apprenticeships with a support network of new connections, mentors and sponsorship that will be inclusive. It will attract them and help them to flourish, it will create a focus for employment over a three-to-four-year period or less in cities around the UK. This system can be staffed by mentors, teachers, volunteers and ex-offenders who want the cycle broken, by ex-service personnel who have so much to give and share. Hubs to connect our communities, families and streets, creating bonds and trust and overcoming racial tensions, and allow learning to continue but in a way that appeals to the young people, their brothers and sisters. Give them opportunities and learning this way and allow them to transfer all those new skills and choose an alternative lifestyle.

How will the academies by funded?

In London alone, £3.7 billion is earmarked to ‘fight’ knife crime. Other cities in the UK are spending huge amounts on knife crime. On schemes like stop and search. But these schemes are evidently not working. Knife crime is on the rise, as are mental health problems, and the associated spending follows. The problem needs to be stopped before it even starts. Show an alternative, show love, show belief and show support. Invest in our youth and give them something of their very own. And they will rise to it.

30 academies could see 600,000 unemployed kids staying in an education system they can relate to and want to be part of, where they can build bonds. Stop the negativity at the roots before it even starts – grow our country through our kids and begin bringing back our unity.

How can we make this happen?

We want the people, the youth, to stand united with True Hearts Unite today. Stand NOW with this focus and connect as a country, with Piers Morgan, Marcus Rashford, Emma Thompson, Jason Manford, and many charities who are not scared to stand up and  fight the battle for our kids in the middle of a declining society. The government has to be made accountable for this – there’s no logic in their current plans and no heart to care enough to see the major problems. Now we can show them, and they too will be able to see it blatantly is not working. Now is the time to call out the government and ask the questions that are long overdue.

We have all the tools in place today and now NEED ACTION. Right here. Now is the time to act. 20 years have gone by and things have got worse. Now is the time to make it better, unite and connect  our country and we will harness the power of our young for good and allow them to be our future.